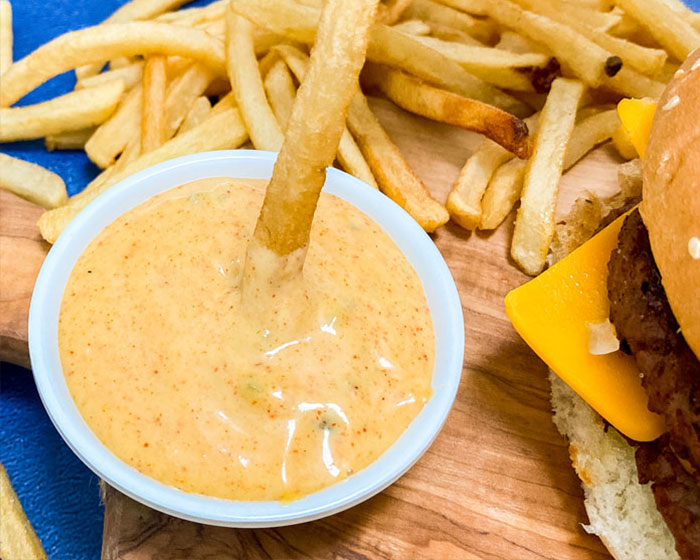 You can smear this vegan special sauce on anything to give your vegan heart the nostalgia of a Big Mac. You can re-create my Vegan Big Mac and also pour your vegan big mac sauce over some fries! Many of my long-time readers know that I’m known for taking traditionally non-vegan foods and making them vegan at home. This is one of the best vegan versions of a fast-food classic… the Big Mac Sauce.

And it’s SO easy to make! Just mix all of the ingredients in a bowl or jar and store in the fridge for Mac sauce on EVERYTHING.

This easy vegan special sauce will definitely level up your next veggie burger. With the classic flavours of McDonald’s Mac Sauce, this vegan mayo-based sauce is a balanced creamy dream. Made this recipe? Let me know what you think by leaving a

star rating & comment below. It truly helps me & I really appreciate any support! Feel free to share your food photos on social and tag me @edgyveg so I don’t miss it!