Whether you’re looking for vegan seafood alternatives because of an allergy, vegan diet or you just watched Netflix’s Seaspiracy and you’re looking to cut down on your seafood consumption, here is a list of vegan seafood recipes you will love! Leave a comment letting me know of other things you want me to make vegan! 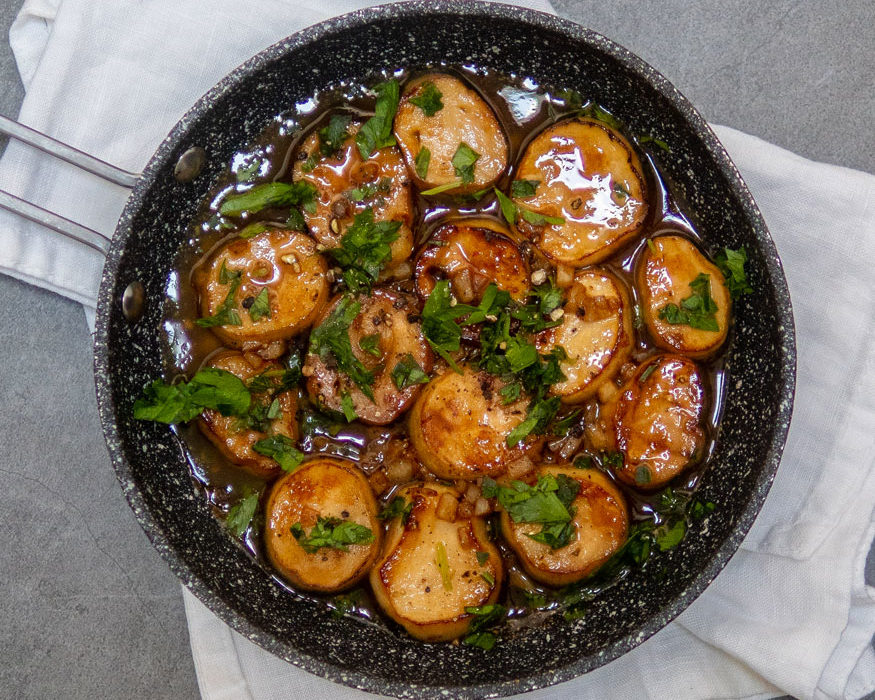 Another popular vegan seafood recipe is this vegan scallops recipe! I used mushroom stems from king oyster mushrooms fried in vegan butter garlic sauce to get that buttery scallop texture and flavour. They’re so good and perfect as appetizers or served on top of a pasta dish. Get the recipe here! Making vegan fish and chips using banana blossoms became really popular and had to make a recipe for it! Apparently many pubs and restaurants in England have started using a can of banana blossoms and turning them into vegan fish too! Banana blossoms come from South East Asia and come from banana trees. They don’t have any banana taste, in fact, they taste more similar to hearts of palm or an artichoke. I buy mine canned at an Asian grocery store and my recipe shows you how to season and fry them to taste like fried fish with a side of chips. Get the recipe here! If you want to make vegan fish & chips but don’t have access to banana blossoms, try using an eggplant! This vegan fish and chips recipe uses eggplant to get a beautifully seasoned and fried vegan fish with a side of chips. Get the recipe here! 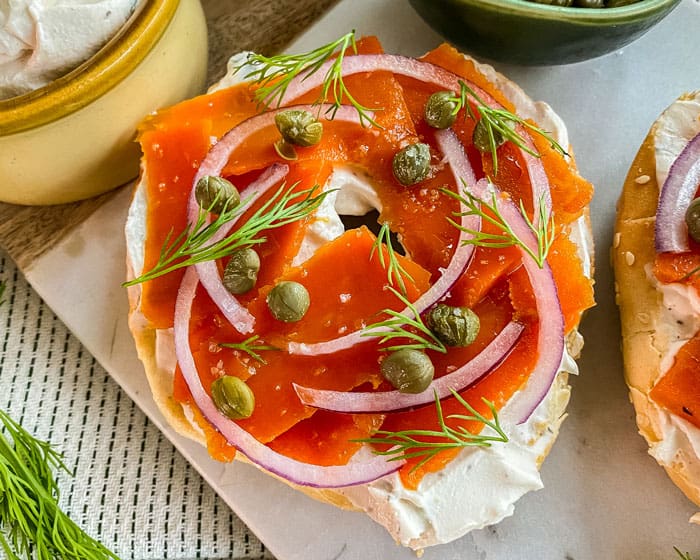 Vegan smoked salmon is super easy to make with this vegan lox recipe! Many vegan smoked salmon recipes can take up to 3 days of preparation, but not this carrot lox recipe! It’s much quicker and a very popular recipe with my followers (some of them making it every weekend for brunch!). Get the recipe here! This vegan tuna salad uses chickpeas and seasoning to taste like tuna salad! This plant-based tuna salad is perfect for a sandwich, wrap or on its own. Get the recipe here! Learn how to make delicious breaded vegan fish tacos out of mushrooms! These vegan tacos are easy to make with simple ingredients you may already have in your pantry. Get the recipe here! I had a request from an Edgy Veg follower to make vegan ceviche, so I used chayote to mimic the texture of ceviche! Chayote is from Mexico and is a type of summer squash but with the taste and texture of a cucumber and potato combined, kind of like jicama. It has a light flavour and crunchy texture, making it a very interesting substitute for fish when cooked and marinated properly. Get the recipe here! Looking for vegan sushi to make at home? This recipe mimics tuna sashimi but uses watermelon to look and taste like it! All you have to do is bake the watermelon for it to take on a soft, fatty, light flavour and texture which is perfect for this unique vegan sushi dish. This surprising sushi ingredient is guaranteed to shock & impress everyone who tries it. Get the recipe here! Made a recipe? Let me know what you think by leaving a ★★★★★ star rating & comment below. It truly helps me & I really appreciate any support! Feel free to share your food photos on social and tag me @edgyveg so I don’t miss it! 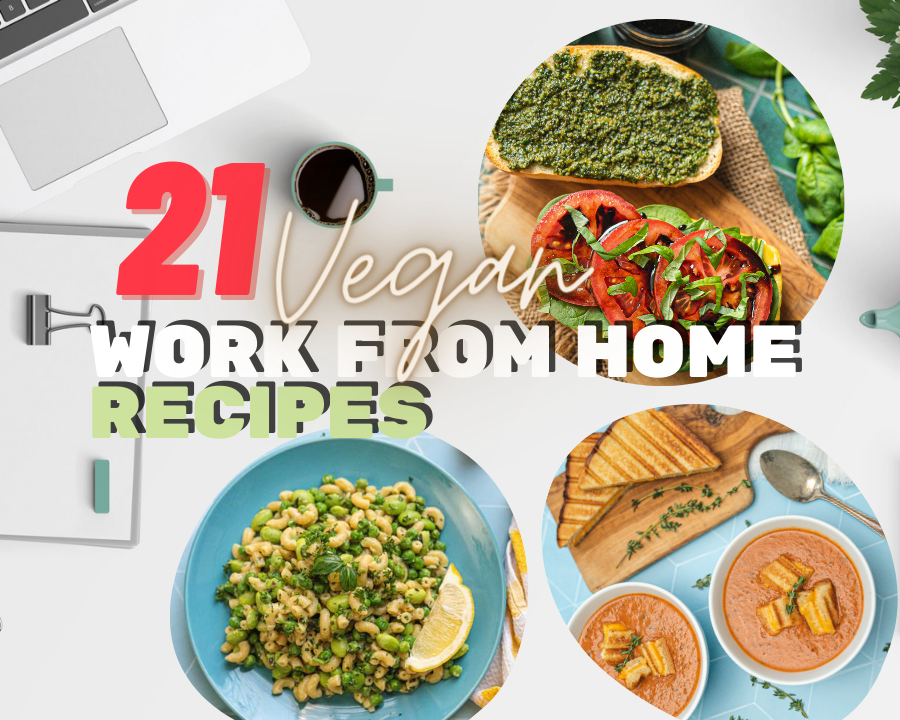