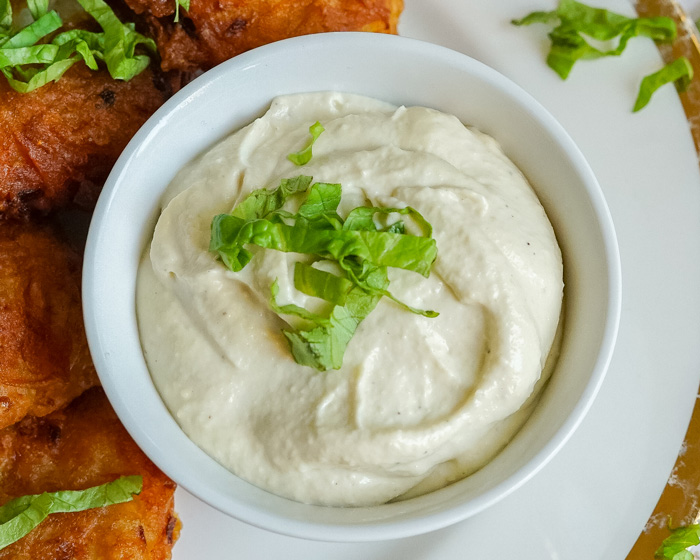 Sour cream, the name that kinda sounds gross right? Well, at least it should sound gross. It’s cream, that’s… sour? So does that mean it’s going bad? What makes the cream sour?

Well my lovely veggie friends, sour cream is made out of a cream that contains up to 20 percent butterfat. It gets its characteristic sour-tang from the lactic acid created by the bacteria that has been added to the cream to ferment the product…

Commercially produced sour cream often contains additional thickening agents such as rennet (yuck), gelatin (gross), guar, and carrageen (barf), as well as acids to artificially sour the product. That doesn’t sound like something I am interested in… you?

All of this being said, I had to share my plant-based version of sour cream for all my vegan and dairy-free friends out there who don’t have access to store-bought vegan sour cream! Let me know what you think of it!

Save Print
Prep time
10 mins
Total time
10 mins
In 10 mins, you can have vegan sour cream! This raw vegan sour cream uses cashews, apple cider vinegar, lemon, water, and salt!
Author: The Edgy Veg
Recipe type: Sauce
Cuisine: Vegan
Serves: 5
Ingredients
Instructions
3.5.3251
Made this recipe? Let me know what you think by leaving a ★★★★★ star rating & comment below. It truly helps me & I really appreciate any support! Feel free to share your food photos on social and tag me @edgyveg so I don’t miss it!