This recipe is part of my monthly series to veganize popular celebrity recipes! You guys told me to turn one of Paula Deen’s recipe vegan, and so I went with her Bacon Cheeseburger Meatloaf recipe! Although, I don’t find her recipe to taste very much like a  “cheeseburger”, you can really taste a powerful smokey bacon-y taste.

Sidenote: I’ve never had meatloaf in my entire life and I’ll honestly say I can’t compare my vegan recipe to a non-vegan one.  However, this vegan version turned out delicious either way! So if you know the taste of meatloaf (and miss it?) but want to try this plant-based version, please let me know how it compares!

What did you think of my vegan version of Paula Deen’s bacon cheeseburger meatloaf recipe? The best things I love about this vegan Paula Deen recipe is 1) the layering of texture and method is genius. There’s some crispy bits from the vegan bacon on the inside of the meatloaf, the crispy onions on top and the crispy bits on the outside are really tasty with a soft middle based on the meat substitute I used. 2) There’s these nice bursts of vegan cheese when you bite into it, which I loved!

Let me know which chef or specific recipe you’d like me to veganize next in the comments below or on my youtube video! Recipe for the Bacon Cheeseburger Meatloaf

The first thing that you want to do for this bacon cheeseburger meatloaf recipe is cook up your vegan bacon! You need ten strips of bacon and chop them up once they’re cooked.

While the bacon is cooking, preheat oven to 350F and start mixing the meatloaf together. You’re basically going to combine all the ingredients into a large bowl, except for the ketchup, mustard, and fried onions. So mix your ingredients together once your bacon is cooked and chopped up! You’ll want to mix it with your hands.

Now you’ll want to mix ketchup and mustard together and only had 1/4 cup of it into the bowl mix to add some moisture. Mix again and press meat mixture into a loaf pan or shape into a loaf and place on a rack in a boiler pan. Make sure to grease your pan with some oil like coconut oil first.

Once your mixture is in your loaf pan, add the rest of your ketchup/mustard mixture as a glaze on top and spread it out. Put it in the oven for 30 mins. Once it’s out fo the oven, add your french fried onions and put it back into the oven for 10 to 15 minutes.

You guys must try this bacon cheeseburger meatloaf recipe & let me know what you think! Once you try it, come back and leave me a comment below with your feedback and star rating! If you make this, let me see on social! Tag @edgyveg on your photo & add the hashtag #theedgyveg in your caption so I don’t miss it! 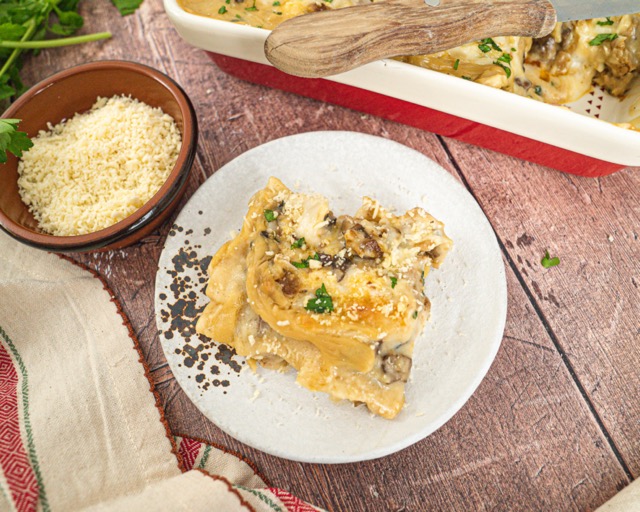