A Whiskey Sour is traditionally not vegan, because of the egg whites. However, I’ll show you how to make a vegan whiskey sour recipe using aquafaba! 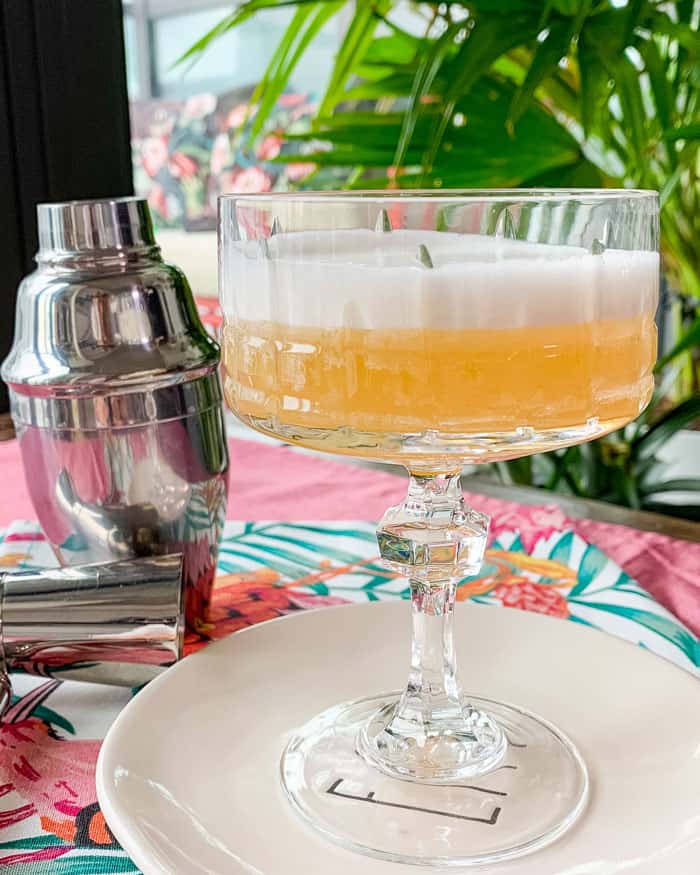 I’m all about vegan cocktails! Did you know many alcoholic drinks aren’t vegan?

Egg whites are used in a whiskey sour to create a foam and silkiness in a traditional cocktail, and to make a vegan whiskey sour, we’re going to be using aquafaba. It is a fantastic swap for cocktails traditionally made with egg whites – classic drinks like a whiskey sour, pisco sour, Tom & Jerry, and more.

In a cocktail, not only does aquafaba mimic the foam and silkiness of an egg-white but surpasses it. Many bartenders prefer it over egg because of its texture and lack of smell. Unlike egg whites, you don’t have to worry about the risk of foodborne illness that comes from raw eggs! I’ve created easy-to-follow instructions below! You can also watch me on YouTube show you how to make it!

How To Make: Vegan Whiskey Sour

If you want to view or print the recipe card, just scroll down for the full list of ingredients & simple instructions on how to make this Whiskey Sour Recipe.

In the past, on the blog, I’ve shared my recipes for: Hi, I’m Candice & welcome to The Edgy Veg! I veganize popular food recipes for vegans, plant-based diets, eco-conscious eaters & people who are trying to eat more plants over… y’know animals or by-products of animals. I hope you enjoy this tasty vegan recipe! If you make this Whiskey Sour Recipe, let me know what you think by leaving a ★★★★★ star rating & comment below. It truly helps me & I really appreciate any support! Feel free to share your food creation on social and tag me @edgyveg on your photo so I don’t miss it!

For more easy, delicious vegan recipes, check out the links below!