Let’s face it, bacon is just one of those things that recovering omnivore’s will never get over. It’s like the girl that got away, the one drink that leads to 5 and crack after rehab, it’s always on your mind. It smells great and because of it’s sweet, but salty, crunchy and greasy goodness that seems to make every dish better. UNLESS you are vegan.

Well pals, I think I’ve got it. Yes, I have the answer, a vegan bacon that isn’t a complete disappointment. The best way to make this is with a dehydrator, but an oven works too, but not as well. Either way, you are probably getting as close as you can, to real bacon taste and texture. Juuuust try it!

Save Print
Prep time
3 hours
Cook time
20 mins
Total time
3 hours 20 mins
This vegan bacon recipe uses Eggplant, but you can also use tempeh if you have it. The secret is in the marinade--we used liquid smoke to give it that bacon flavor. I prefer the bacon dehydrated and raw, but Excalibur dehydrators are quite expensive and we don't all have them, so I concentrated on frying and baking here.
Author: The Edgy Veg
Recipe type: Vegetarian Basics
Cuisine: American
Ingredients
Instructions
MARINADE
BACON
BAKED BACON
RAW VERSION
3.2.2925 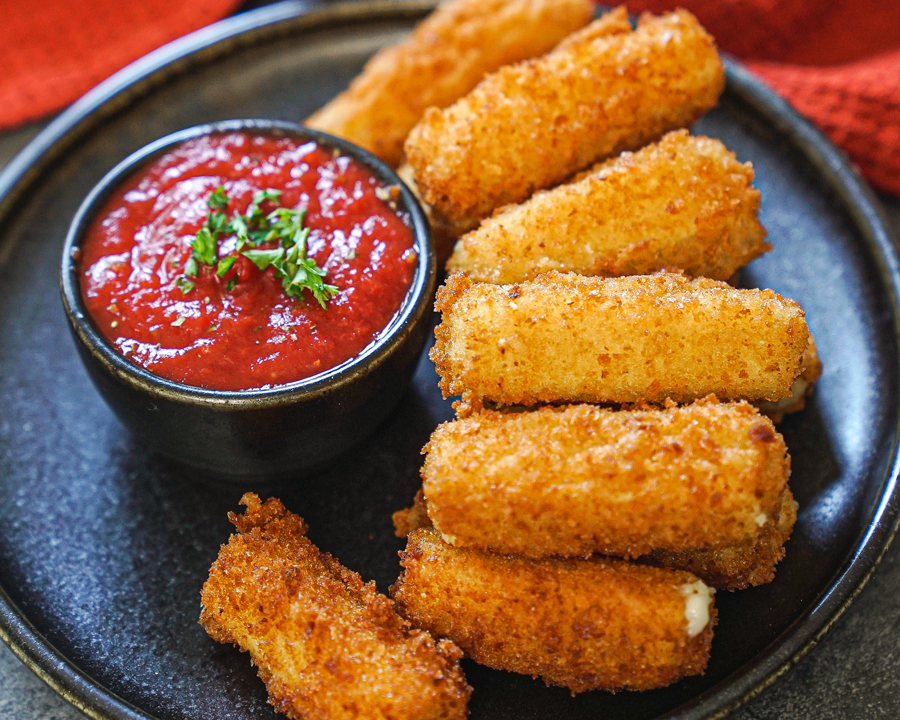